A massive thank you to our wonderful intern Yasmin for writing this piece about her visit to London Design Festival – a great insight not only into the experience of visiting the event, but Yasmin’s feelings about stepping from being a student into the real world of the design industry.

From the lecture theatre to an internship with a progressive agency like Curve can seem an enormous step.

The theory of design becomes so very practical that it’s possible to begin immersing oneself in an industry in which it is possible to have a long career. It is no longer a case of standing outside looking into the interior design business but gaining a direct and tantalising exposure to it.

Imagine, then, being asked by Curve to spend some time checking out London Design Week, one of most long-established and prestigious events of its kind anywhere in the world, while still coming to terms with the industry’s daily responsibilities.

I had to remind myself not to be over-awed, even if everything about the exhibition space at Earl’s Court seems so vast that one can’t help feeling a small part in a global profession, from the size of the chandelier suspended over the entrance hall to the number of exhibitors taking part in the event.

It is tempting to want to absorb everything there – visit every stand and sit in on every seminar – but the exhibition layout makes clear that even if I had spent the full four days of the show there, I would still have left feeling as though I’d missed something out.

The event draws the very best practitioners from around the world, showcasing their ideas and products. As Curve’s person at the expo, it was satisfying that the practices which we use represent those adopted by those with even more international reputations than our own.

Many of the materials, fabrics and furniture which we recommend to our clients are regarded as cutting edge by the leading designers of today. 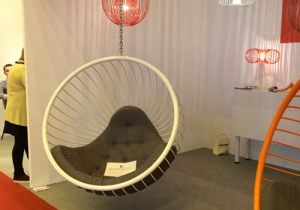 As someone with a particular interest in furniture for residential use, it was particularly helpful to gain an insight into the new shapes and finishes for the coming season. Whatever the weather, I thought, Autumn/Winter is going to be cool.

Whilst I must confess that some of the designs were a little too radical for my developing tastes, it was great to hear their creators justifying their work and to be able to see – and touch – the kind of products which, being a student, I might ordinarily only see in a look-book or catalogue.

The sheer geographical span of input – from designers not only in the UK but from much further afield – provided a welcome broader perspective, helping to realise how what we do in the UK impacts on – and is influenced by – our counterparts in other countries. 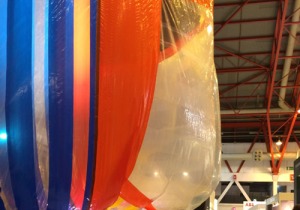 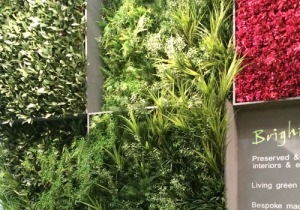 Even if the big names attracted big crowds, it was just as intriguing to see the space allocated to smaller companies, eager to have their own audience.

There was a significant volume of ‘new’ things with which to fill my notebook, my camera’s memory card and leave my head spinning – from new textiles to a huge range of environmentally-friendly products and, of course, many new agencies with whose work I had previously been unfamiliar.

It was, in short, the sort of complementary education which has given my imagination and ambition fresh impetus, as well as realising the unique and creative place which Curve takes up in constructing designs for life.